Role models was the theme of the day at the Football for Schools event in Ulaanbaatar, Mongolia, as FIFA Foundation CEO Youri Djorkaeff teamed up with his father Jean, himself a former France international, to help run the workshop. The Djorkaeffs, who have Mongolian heritage, were joined by Korea Republic’s all-time top goalscorer Cha Bumkun and his son Cha Duri, who also earned 76 caps for his country in a distinguished career. The father-son duos were taking part in the FIFA Foundation’s Football for Schools project, which encourages youth participation in football at school through structured sessions, using football games to convey educational messages and encouraging children to take responsibility for their decisions in a safe and supportive environment. This project, which is being undertaken globally, puts football right at the heart of social development.

“It’s good that during exercise, you stop, you make a circle, and you can deliver some tools or life skills from this communication: gender equality, community. Every moment is always good when you’re using sport for good,” explained Youri Djorkaeff. Youri Djorkaeff, a FIFA World Cup™ winner with France in 1998, said he was thankful for the lessons his father Jean, who won 48 caps for Les Bleus, taught him growing up. “This was very important for me because I remember the pride of my father working, practising [and] trying to do his best for his country and I realised how important [it is] when you have character, humility, effort and joy to play this game; it’s important that you improve every day,” said Youri.
“It’s not just to give what my father gave me; I was born with this gift and I worked so hard for today to share [it] with other kids and my team and [the] members of the Mongolian delegation. “It’s important but when you have the chance to have my father teach me [and] show me, and now it’s [up to] us to show the kids, to enjoy the game.” Jean Djorkaeff’s father was from the Kalmyk Mongolian ethnic group and it was a special moment for him to return to Mongolia and share his knowledge and life experience with the hundreds of children in attendance. Jean understood the key role he played in Youri’s development. “I am very happy for Youri, because he has made it, he is a very good player, but he didn’t get there by himself,” explained the 82-year-old. “I think that it was lucky that I had success before him, it allowed him to see how much work he needed to do. “So, I helped him with football, I tried to include him. When I went running, he came running with me. All that meant that at one point or another he became a great player – he made it. So, I think it is important that children have opportunities to be able to work hard.” 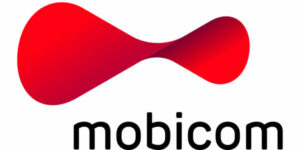 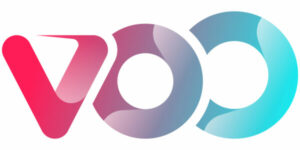